A few weeks ago I posted about some of our discoveries in the outdoor classroom. One of the things that most captured the children’s attention at that time was a collection of worms. What was interesting was that the worms were wiggling and jiggling all over the place and as they did, the children began to comment on shapes and letters that they noticed:

“The worms are making letters!”

With my camera handy, I was able to snap a few pictures of the worms in “letter formation” and our worm collecting group shared them with the class during sharing time. We talked about rotating the images to see new shapes and letters. The children wondered if the worms were trying to tell us something. This gave me an idea: writing with worms! I gathered up some pipe cleaners, printed out our worm pictures and created a provocation at the writing table: What letters can you make with worms? I even added some googly eyes to the pipe cleaners for a bit of whimsy (despite the fact that worms don’t actually have eyes…). I also placed some clipboards and writing paper, markers, and an alphabet chart at the table. Soon the centre was busy with children manipulating the “worms” into different letters and writing them down.

Take a look at some examples of what the students created: 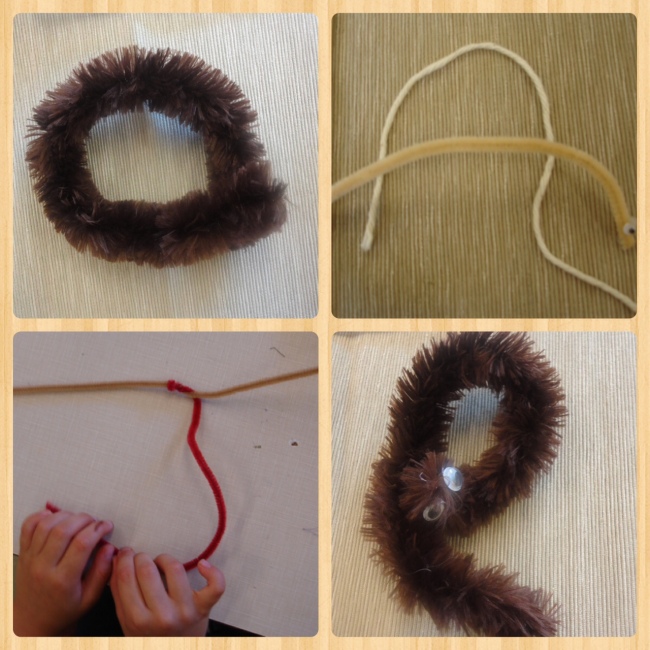 Can you think of some ways to extend this provocation further? What other opportunities do you see for learning?